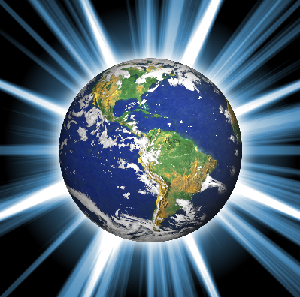 This is a message of hope!

Hope grounded in historical facts, combined with a pragmatic and admittedly limited view of where we are today, and a simple actionable plan forward. And in no way is it meant to be political in nature.

For all the hatred, bickering, and outright whining in Washington and the media, it seems like everyone can agree on one thing; the state of the world is getting worse. But is it really? Please take the time to not only read the attached Saturday Essay from the Wall St. Journal titled "The Enlightenment is Working" by Steven Pinker, but to also share it with everyone you know and love! In the essay you’ll find, that not only is the state of the world and human beings not getting worse, in fact, it’s getting a lot better. People the world over are healthier, richer, safer, and freer! And while we have some big challenges that remain unsolved, it does not mean they are unsolvable.

So, if there is so much positive energy and momentum in play, how come we never hear about it? Simply stated; good news is gradual and bad news is sudden and sells!

Tariffs, North Korea, Russia, declining stock prices, are we headed for another market crash? Following a great run-up in stock prices throughout 2017 and into February of 2018, investors were suddenly caught off guard by the downward market volatility. While it is not my intention to make any type of short-term market call, as that is a fool’s bet and irresponsible, let’s look at this recent volatility through the lens of history. To begin I think it’s important to distinguish between volatility and loss. Volatility is the normal and never-ending price changes, both up and down, of stocks. Loss, on the other hand, is when you buy something, anything for that matter, and subsequently, sell it for a lower price than what you originally paid. In other words, if you don’t sell, you’ve lost nothing! I would urge you to not look at stocks as pieces of paper, but rather see them for what they really are, a proportional ownership in the world’s greatest companies. That one reality, combined with the facts of the essay referenced above, should give most readers comfort in that progress forces growth of nations & economies, and in turn ultimately the value of great companies. Since January 26th, 2018 when the S&P reached its all-time high of 2,872 we have seen a decline of 7.24% as of 4/4/18. Given the speed of the drop-in prices, concern is normal; but please do not mistake this downward volatility as anything but markets behaving as markets should. Since 1896 the Dow's average daily % change is .74%. Since that time the Dow has changed by more than 1% one time per week, on average! (*1) Volatility is the price we pay for the long-term return potential stocks have always offered, and volatility is always the price an investor will have to pay for those long-term returns!

Could we be at the beginning of a normal bear market or is this a sign that the next crash is imminent is on many peoples minds these days. I certainly have no idea, I do know though that market crashes throughout history have similarities. Every major market crash in history typically has some sort of external event, be it natural, geopolitical, political, or criminal. In addition, every major market crash has some sort of new financial contraption that no one really understands: leverage, low-interest rates, and a frenzy on the part of the general public for stocks, a fascination if you will. (*2) From where we currently stand, while some of the above factors are arguably in play, what you don’t have is any love affair on the part of the public for stocks. In addition, you have a Federal Reserve that is in a tightening mode, and companies and consumers with manageable amounts of debt and an improving economy both here at home and around the world. So, the likelihood of a crash while never impossible, is probably not all that likely either.

Given the fact that we are experiencing market volatility (although normal!) what’s the game plan going forward? You should know some of the basics of your portfolio: It’s Asset Allocation (% of Stocks to % of Bonds), when and why it’s rebalanced, it’s diversification and how it’s diversified, if you are taking income from the portfolio, are you managing withdrawal risk? Which will be the subject of our next column. But the most important thing any investor should be familiar with is its risk to the downside (or the technical term of “drawdown”). Drawdown is defined as the historical percentage of decline from a portfolio’s high water mark to its low water mark. For example, a balanced portfolio of 60% stock & 40% bonds in a normal down year will decline 7% and in more extreme market downturns decline 30%. (*3) Knowing what to expect on the downside can help one be prepared both financially and emotionally for the inevitable market declines.

The views depicted in this material are for information purposes only and are not necessarily those of Cetera Advisor Networks LLC. They should not be considered specific advice or recommendations for any individual.

All investing involves risk, including the possible loss of principal.  There is no assurance that any investment strategy will be successful. Indices are unmanaged and cannot be invested into directly. Past performance is not indicative of future results.